Do men and women rate differently in 360 degree feedback? 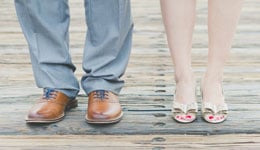 Through our work with 360 degree feedback, we often get asked if we see any gender differences.

We suspect that – to an extent – gender differences might be dependent on context, purpose of the review and the way the feedback process is managed. We also suspect that individual differences in rating behaviour might be as strong as – or perhaps even stronger – than group differences such as gender.

So we were interested to read an article in The British Psychological Society’s Assessment and Development Matters (Vol 9, No 2) by Gillian Hyde at PCL.

Gillian and her team analysed the 360 data for 422 people who have completed PCL’s Profile:Match 360 and found some significant differences in the way men and women rated, and in the way they were rated by others.

Hyde and her team found that:

- women rated their own performance lower than men did on 15 out of 22 competencies (3 of which showed a significant difference).  This is in line with previous research which suggests that women might tend to underrate their own performance.  Hyde tested this by comparing the 360 rating differences with ‘potential’ scores on the same competencies – derived from questionnaire data which provides an indication of the extent to which personality is likely to facilitate performance – where no significant differences between men and women were found.

- women rate themselves higher than men on some competencies, significantly so in the case of Interpersonal Skills. But again the potential scores between genders on this competency showed no marked difference.

- woman are twice as likely to underestimate their own performance compared to men when comparing self-ratings to those provided by others.

- women’s performance is rated lower by men than by other women - but with men being rated more or less equally by either gender.

Whilst we have not ourselves tested large sets of data for statistically significant differences, we have informally observed some interesting trends in rating patterns in projects we’ve worked on. For example, we've seen:

- women tend to be rated more positively on key leadership behaviours (such as coaching, motivating people and listening) by their direct reports than by their managers or peers.

What, then, are the implications for users and providers of 360?

1. It highlights the need for organisations to continue to educate people in their biases, how they operate and how to best mitigate the impact of these; how to minimise the chance that the decisions we make about people at work are influenced by unconscious biases against gender or other characteristics.

2. We should also seek to educate our feedback coaches and facilitators – those who are responsible for exploring and discussing people’s 360s with them – in the findings of these studies so they can provide useful context when helping people to understand their feedback.

Our Feedback Facilitators' Course has been developed to share experiences, good practice and skills to make sure that both the participant in the 360 and the organisation gets the most value from this very important talent management activity. If you'd like us to work with your facilitators, let us know.

We’d love to hear about your experiences, related research or observations on differences in 360 degree rating behaviour.

Has anyone found evidence to suggest that gender is not a factor when providing or receiving 360 ratings? What about other group differences?

Let's have the conversation.