Succession plans: how to use 360 to identify potential 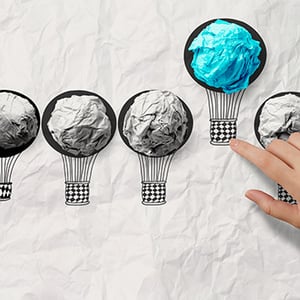 It can be hard to know how best to identify the high potential talent that will form your talent pool.

We've seen organisations include in their talent pools, the "solid all rounders" that the business just doesn’t want to lose - and we've other organisations make an objective judgement about certain people having "High Potential". But, the question is always, is how to measure and identify high potential in people?

One thing is clear; you need access to objective information that you can review and consider from different perspectives.

One such way can be the information gained from a 360 review. 360 degree feedback is widely used and no longer reserved for the select few in an organisation. Simpler software has supported this growth - and the expanded culture of requesting and receiving feedback.

Here are some ideas as to how you can use this 360 degree feedback information when looking at creating your talent pool.

Look at the specific competencies or behaviours that you’d like to see in your future leaders (e.g. strategic agility, emotional intelligence, commercial awareness, interpersonal skills and the ability to influence) in, say, the coming three years. When you do this, and see who has these competencies, some of the people that start to emerge may not be people that you would have initially considered.

Filter 360 degree feedback results based on these specific competencies

When you know which competencies you'll need in the future, think about who has a valid view on how someone rates on those competencies. For example, an individual’s peers may be well placed to assess that person’s ability to think strategically; direct reports might be able to rate a person's emotional intelligence.

When you’ve decided on the best ‘assessors’ for each competency, you can then filter your 360 degree feedback data to show those people’s views of those specific areas of expertise. If you then rank people on this basis, you’ll soon see who has the potential to succeed in those roles.

Understand (and use!) the so-called 'early markers' of potential that's flagged in your 360 degree software

Make sure you deploy 360 degree feedback software that includes the ability to flag important competencies. You will be surprised at how few systems do this!

If using 360 degree feedback results as part of the succession planning discussion, take out the manager ratings and see if this changes the ‘view’ of the individual

We know that some organisations base the identification of high potential or talent on the ratings that managers give to their team members. It makes sense as you can create a rank order of the talent in your organisation.

But what happens if you remove the manager ratings and focus on the remaining 360 data?

Look at the other ratings given for these same people - from their peers, customers and direct reports - and it can completely change the rank order. And a very different list of people could emerge as your talent.

Get to be smarter in how you use and interpret data. It may, at the very least, raise some questions about who is being put forward as ‘talent’ in your organisation. If individuals are being rated as having potential, by everyone except their manager, it could mean that there’s an issue with the manager-subordinate relationship – or bias.

However, bias may not be the only reason why a manager doesn’t rate someone as having potential. A blind spot could exist where they simply don’t see what everyone else sees in that person’s performance or behaviour. This might be an innocent mistake or it could be something needing more investigation.  A manager may deliberately downplay someone’s skills because they’re good performers and they want to keep them. Equally, they may overplay someone’s skills in order to move them out of the team!

Managers may not be wholly impartial when it comes to identifying talent. Rather than removing them completely from the talent identification process, a better way forward may be to amend their role. Rather than judging or rating people, they could engage in coaching-style conversations to help individuals build on their strengths, understand their development needs, set objectives and improve their performance. This more facilitative style could help people to process the feedback they’ve received, consider how they can do more of what they’re good at, increase their impact with their peers, better manage their direct reports and improve their relationship with their clients or customers.

Communicate the value of shared feedback

We’ve seen an additional benefit when people are told that everyone around them, not just their manager, is responsible for determining whether or not they’ll be considered as talent. People up their game in general. They add more focus to improving their behaviour in the workplace and their relationships with their peers and direct reports.

When you're ready to talk about how we could support your succession plan strategy with the software you need then, do get it touch.