Using a 9 box grid: an invaluable tool for succession planning 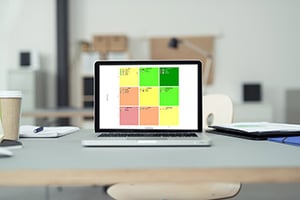 The 9 Box Grid – or the Performance/Potential Grid as it is sometimes known – is a highly useful tool used in succession planning.

It enables you to plot all those in the talent pool in one place based on their current potential and performance.

The 9 Box Grid is, however, one of those 'hidden gems' that it seems not everyone involved in succession planning takes advantage of. And this is probably because, in the past, it's had to be compiled manually, usually drawing together information from different sources. It is though one of the main features of succession planning. For most, deploying an online succession planning tool, makes the creation of this chart straightforward.

What is a Nine Box Grid?

It gets its name from its typical 3 x 3 cell layout – although it can be any number of cells along the x and y axis. Performance is plotted along the x axis and Potential along the y axis. The cells can be thought of a Low, Medium and High.

Those with Low Performance and Low Potential are placed with the Low/Low cell. Clearly the top talent is placed in the High / High cell (the top right of the 9 box grid). Visual, clean and simple, you can see at a glance who lies in which cell. 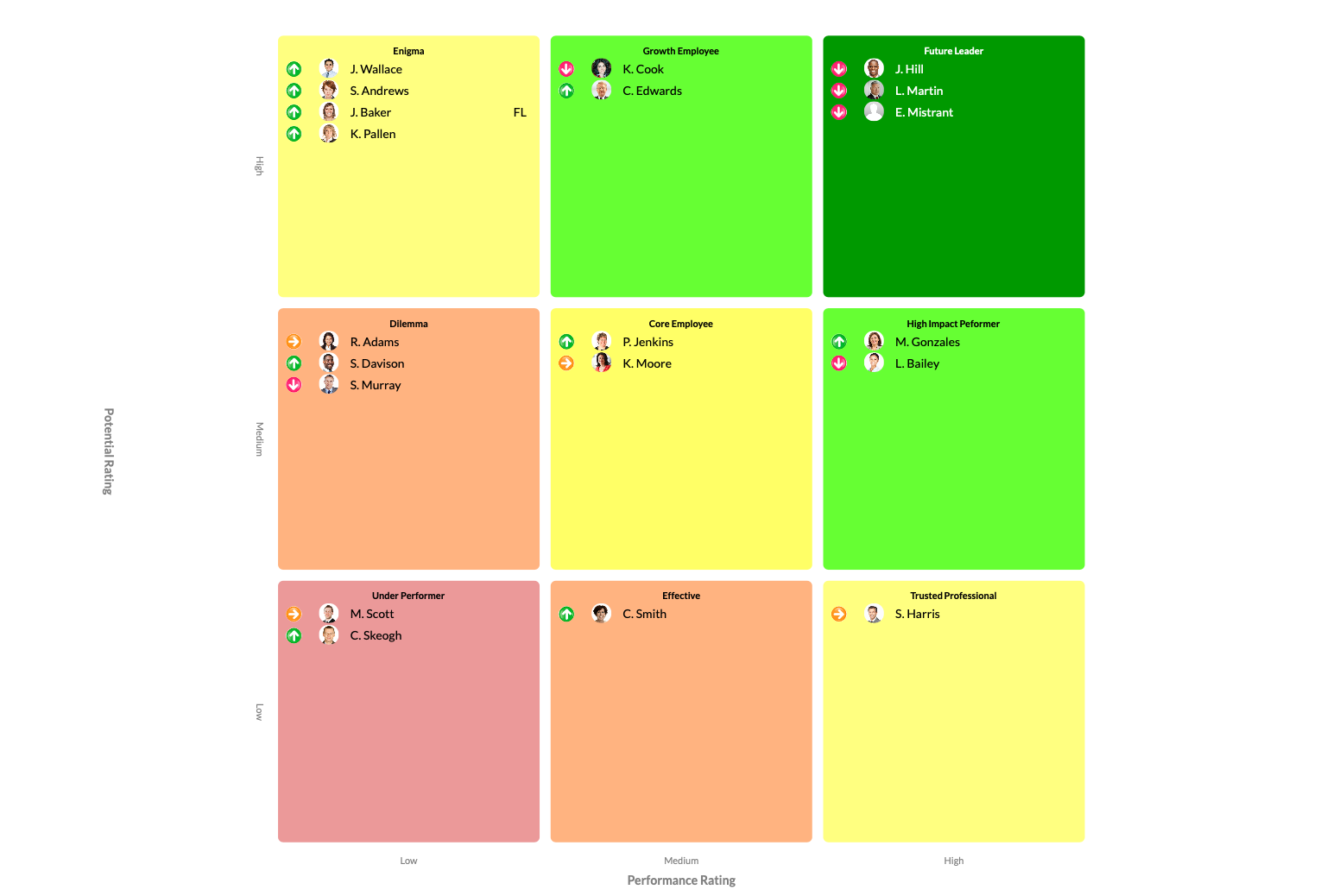 Some organisations also use Talent Categories.

A Talent Category is a short name that describes the performance/potential combination or the intended designation of a person from a talent perspective. An example of a group of Talent Categories are those developed by McKinsey for GE (the GE-McKinsey 9 Box Matrix):

The 9 Box Grid has been created, the positioning of each individual in the talent pool is then mapped on the grid. Their positioning is then often debated in the talent review meeting and may be altered through a process of peer challenging and moderation. We've found it to offer structure to the discussion and also provides a good visual summary.

Of course, the usefulness of the approach of a 9 Box succession planning model is dependent on a number of things:

Without a doubt, in some organisations, the Grid is an underused tool in succession planning - but it can play a crucial role. Take a look at cloud-based succession plan software that is available that generates the Grids for you - plotting each individual based on their Performance and Potential.

When you're ready to take a look at some succession planning examples, then do get in touch.